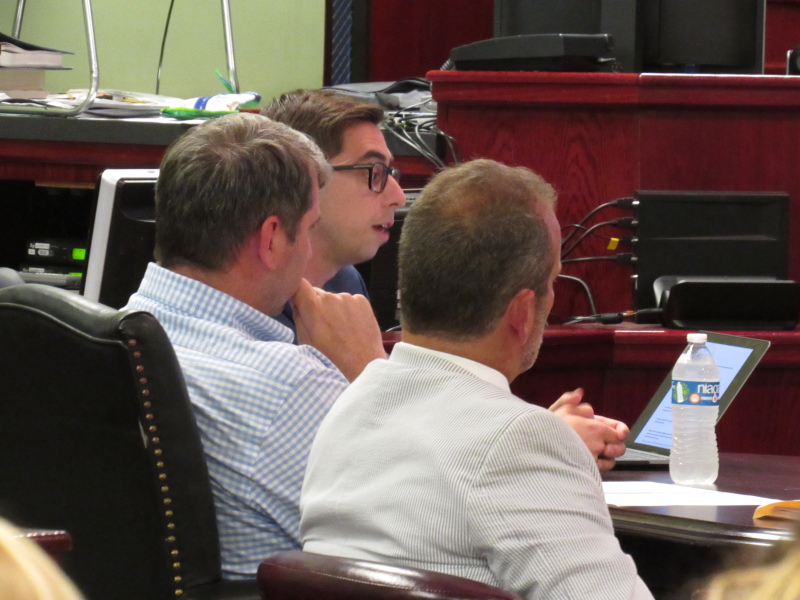 With 12 of 14 members of the Houston Co. Commission in attendance, and a courtroom full of hospital employees, ambulance service personnel, and the Braden Health management team; 10 of 12 commissioners voted to sell what will now be called Shamrock Community Hospital. Commissioners William Agy and Steve Hall were absent, Ann Fielder voted against the sale, and Danny Warren (whose wife Jennifer is the hospital's Facilities Manager) abstained. Included in the purchase of the hospital was the purchase of the County's EMS service.

Many questions regarding the 32 page Purchase Agreement (with 36 page Schedules to the Agreement attached) were raised by a handful of commissioners, and fielded by Kyle Kopec, Chief Compliance Officer, Dr. Beau Braden, CEO, and Braden Atty. Michael Banks. TN Comptroller's Office rep, Adam Tschida, attended via telephone. Hospital employee benefits, accounts payable balance, the hospital property being appraised at $3.5 to 4.5 million and "selling for $1" were all points of contention. Because the appraisal did not include the "immense negative valuation" of the hospital, Bridges said it was "worth less than a dollar".

Discussion turned to the County's need for the facility, including the 107 employee jobs at stake, the $7 to 9 million it would cost the County to close the hospital on their own, and the collective health of the community by keeping the hospital open. "The future is way more bleak without the hospital here," said Bridges, who received applause from the crowd. Commissioners, Mayor Bridges, and Braden reps all commended the many employees in the audience for their dedication. Bridges said, "Braden Health has guaranteed to put a minimum of $2 million worth of investment into the building, equipment, and everything up there, to make it better for the employees. They've also assured us that it will be open and operating as a critical access hospital for the next 7 years."

The Commission voted unanimously to a Lease Agreement for the ambulance service building. The lease states, "Landlord (Houston Co.) is only renting a portion of said building comprising 70% of the area footage for EMS space." The Houston Co. Volunteer Fire Dept. utilizes the remaining space. The agreement states Shamrock Community Hospital (tenant), "shall pay to Landlord during initial term, rental of $500 per month." Bridges explained, "The lease is just for the building, and that's because we can't sell the building. It was built with FEMA grant funds after the 2010 flood." Ultimately the TN Comptroller's office and Attorney General (AG) will have to approve the sale.

The browser you are using is outdated!

You may not be getting all you can out of your browsing experience
and may be open to security risks!

Consider upgrading to the latest version of your browser or choose on below:

Welcome to the site. Please login.